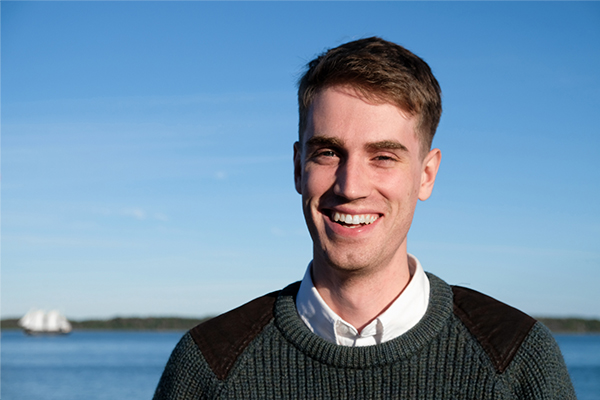 For the first time in 20 years, the Stan Rogers Folk Festival is announcing a change in artistic leadership.

The team is broadening and long-time Artistic Director Troy Greencorn is shifting to the role of producer. Taking the creative reins: his son and festival staffer, Chris Greencorn.

“Nobody is better suited for the job,” Troy says. “Chris has grown up with this event and knows it from the inside out.”

The younger Greencorn has worked with Stanfest since 2014. For the 10 years prior to that, Chris pitched in with many of the festival’s volunteer crews. “I’ve been at this as long as I’ve been able to carry wire ties,” he jokes, referring to the fasteners used to erect kilometres of orange snow fence around the festival site.

Chris has made folk music the centre of his personal and professional life. He’s performed on stages throughout the Maritimes with artists like Dave Gunning, Matt Andersen, and Irish Mythen, and in the United States with Stanfest favourites The Lee Boys. He has contributed to multiple recordings. He wrote an undergraduate thesis on Helen Creighton and Stan Rogers, and studied global music performance and production as a Master’s student at the University of Toronto. Building on 5 festivals worth of experience in artist relations and programming, and volunteer hours in just about every other aspect, he’s enthusiastic and excited to take up this new role.

“Stanfest is special,” says Chris. “It’s one of the best festivals in the country, and it’s built on a formula that works. But how can we make it work better? How do we keep strong for another 20 years?”

“The festival has been a heavy lift for our small team, especially during our weather struggles,” Troy notes. “Broadening our team frees me up to focus on growth and strategic planning for the next 20 years. Chris is asking the right questions, and has the capacity, experience, and support to act on them. I’m as excited about this as he is,” says Troy.

“Succession planning has been a priority for the Board.” states Board Chair Bill MacMillan. “Heading into our 23rd year we are looking towards our next 20 years. We are excited to see young talent coming into our leadership and volunteer ranks. As we develop a new strategic plan we are looking at virtually every team within the festival to identify areas where we need to begin succession planning. We are mirroring the process Troy undertook in Stanfest’s first two years, Chris and Troy have been consulting with festival directors across Canada. Winnipeg Folk Festival founder Mitch Podolak and Edmonton Folk Music Festival Producer Terry Wickham have been assisting with the writing of a new business plan.

Troy puts it this way: “Knowing what others are doing right, and where they’ve fallen down and gotten back up again, is essential for our organization’s long-term sustainability. We’re lucky to have the ears and minds of some of the best in the business.”

Stanfest tickets are on sale at a reduced Early Bird rate until January, and the first four artists for the 2019 festival were announced December 1. Get yours today!